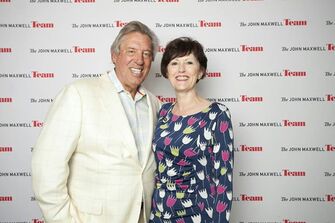 In my 50s, I moved to France, leaving behind family, friends, country and job for the idea of a new life. A life that I would create from scratch that began with finding out who I was. When working in London, I had qualified as a coach so I began with that. But I had no idea what to do next.

As luck would have it, John Maxwell was also reinventing himself after meeting Paul Martinelli and they were setting up something called the John Maxwell Team.  Did I want to become a coach, speaker and trainer and learn how to set up a business and attract clients?


​I decided I did and jumped in as a Founding Partner in 2011 and a whole new world opened up which resulted in me having a network of team members in every country in the world. My mind had moved from provincial to global possibilities which was a huge shift.

The only problem was that this was all about leadership and I recalled my conversation years earlier and my discomfort returned. What did I know about leadership?  But I decided I could learn from the business and sales part and skip over the content.

LEADERSHIP IS INFLUENCE, nothing more, nothing less.

Maybe, not scientific or academically grounded but as a working principle, it was simple and practical. Even better was that, as we all have influence to some degree, we can learn to increase it, therefore making leadership learnable.  And who is the hardest person to influence? To lead? Me.

And that's where my story begins.

If you want to know more then contact me about speaking for your organisation.